The 3 M’s – Mahatma, Martin, and Mandela

True peace is not merely the absence of tension; it is the presence of justice.
Martin Luther King Jr.
January 20, 2014 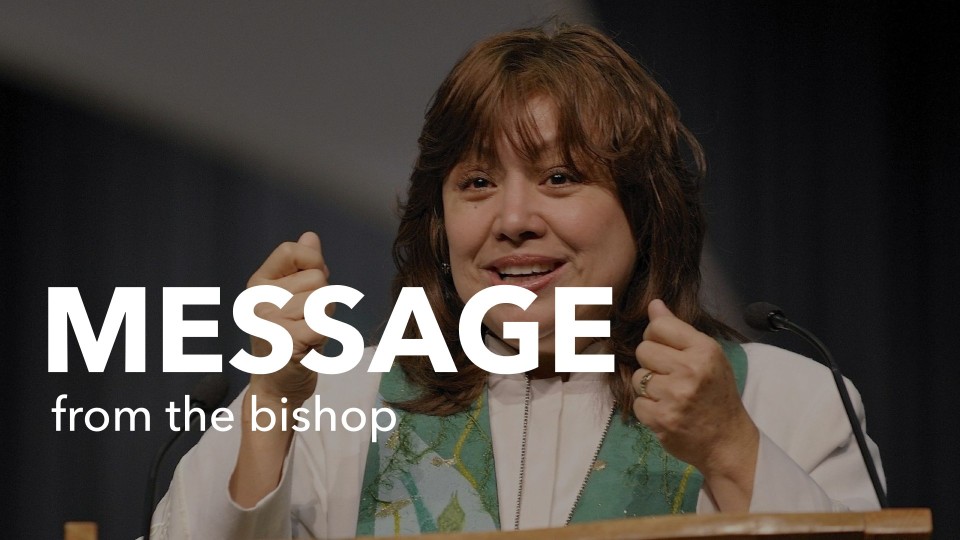 One day I found myself on Robben Island off the coast of Cape Town, South Africa, the place where Nelson Mandela spent 18 of his 27 ½ years of incarceration for seeking true peace.  That true peace that Martin Luther King Jr. would have described as not merely the absence of tension, but rather the presence of justice.

I was assigned to a tour bus led by a very interesting and articulate man of Indian descent who had been brought to South Africa by his parents at a young age and reared in South Africa.  As a young man he had joined the forces committed to the liberation of Blacks in South Africa and even served as a secretary general of one of the liberation fronts.  He began our tour by saying that regardless of what country in the world we came from, we were all related to Robben Island.  We looked at each other with some surprise for we were a full bus with people from all over the world:  Dutch, English, American, Latin American, Caribbean, German, Malaysian, and many others.  But he was right.  For each one of our countries he could find a connection to Robben Island.

The Dutch he said were the first to begin boycotting South African produce in the 1980’s, telling us that brave Dutch men and women would enter Dutch supermarkets and place stickers on South African oranges that said, “To eat this orange is to suck the very life out of South Africa.”  Latin American eucalyptus trees had brought shade to a once barren island.  An English church worker had brought a rabbit with her when she came to Robben Island to care for lepers many years before the island had been made a political prison.  We saw rabbits all over Robben Island.  It was quite a sight – dozens and dozens of English rabbits on African soil!  He told us that American divestment in South Africa had put a strangle hold on the South African economy that had forced the South African government to finally reconsider its inhuman apartheid system.  Within five minutes our tour guide had woven a web of relationship among us connecting all of us to Robben Island and making of us one community.  He made us feel like kinfolk though five minutes earlier we had not even known each other.

Now as kinfolk we soon discovered that we were all persons seeking signs of justice and true peace, and we could begin to see those signs on Robben Island.  Once our tour guide had us at that point of intimate bonded-ness he said to us with great passion, “We are the descendents of the mighty three M’s!”  We listened intently for we knew by then that together we were mighty descendents of whoever had birthed justice and true peace on this island.  The mighty three M’s were – “Mahatma, Martin, and Mandela!”

He was of course speaking of Mahatma Gandhi, the great teacher of non-violence for social transformation, Martin Luther King Jr. who we honor on this day for bringing a courageous and prophetic voice to civil and human rights in this country that is still heard today, and Nelson Mandela, who from Robben Island was able to set a nation free from its racial apartheid.

Martin Luther King Jr. stands in the middle of the great three M’s stretching the expanse of time from Mahatma to Mandela.  It is said that Mandela cherished the stories of Martin Luther King Jr.’s civil rights work in the United States for it inspired him, gave him hope for South Africa, and useful ideas for the leading of liberation in his own country.

On this day what most strikes me about the mighty three M’s is that while they were men of deep wisdom with the gift of speech that touches the human heart, more than anything else, they were persons committed to working for social change; not just speaking about the need for social change, but working hard and diligently for political, economic and social change and thus moving the world closer to justice and peace.  Knowing this, I wonder this morning where Martin Luther King Jr. would place his hard and diligent work today?

Where would Martin Luther King Jr. place his hard and diligent work today?  I believe he would be working to end war in the world, and would be at the epicenter of the immigration conflict in this country addressing the issues of immigration as the next step in the struggle for human rights.  I also believe that he would have a word for us about how we treat our LGBTQ brothers and sisters.

On April 4, 1967, King made his most public and comprehensive statement against the Vietnam War.  Addressing a crowd of 3,000 people in New York City’s Riverside Church, King delivered a speech entitled, “Beyond Vietnam.”  In his speech King laid out some very concrete steps for ending the war in Vietnam.  The spirit of his speech is still relevant today as we consider the wars the U.S. is entangled in, in this day and age.

In his speech “Beyond Vietnam,” King challenged people of faith to hold their heads above the assumption that war was necessary and inevitable.  And he called people of faith to a true revolution of values that would lay hand on the world order and say of war, “This way of settling differences is not just.”  King challenged the assumptions of his day about the inevitability of war.  He reminded Christians, Muslims, Jews and others seeking peace, that war and its effects of death, the displacement of persons, the devastation of families and communities, increased hatred and violence, and its cruel impact of leaving so many soldiers physically and emotionally disabled and disfigured, could not be reconciled with wisdom, justice and love.  War could not be reconciled with the virtues of wisdom, justice, and love, then, and it cannot be reconciled with these virtues now.

To listen to King speak about a counter-revolution to this country’s involvement in the War in Vietnam resonates with what you and I are seeing in the wars our country is involved in today.  We must find a better way.  In seeking peace through justice King stated this eternal truth, “A nation that continues year after year to spend more money on military defense than on programs of social uplift is approaching spiritual death.”  In the prophetic courage of Martin Luther King Jr., I believe that communities of faith that do not challenge our nation’s bent towards war as a solution to social conflict will also begin to approach spiritual death.  We must find every creative way to oppose and protest war in all its forms.   Our life and the life of our institutions of faith depend upon it.

In the midst of the Vietnam War Martin Luther King Jr. challenged the U.S. government to set a date by which time all foreign troops would be removed from Vietnam in accordance with the 1954 Geneva Agreement.  He challenged the U.S. to provide asylum to those who feared for their life under the new Vietnamese regime, to make reparations for the damage we had done in that country, and to provide much needed medical aid to the Vietnamese.  In our historic moment and in our involvement in Iraq and Afghanistan, and other conflicted places in the world, we can do no less, and our churches, synagogues, and mosques must be key places from which comes the clear voice of challenge to war lifting up the hope of justice and thus true peace.

I also believe that today Martin Luther King Jr. would be working for justice by addressing the immigration issue as an issue of human rights.  Though King lived in a day that was pre-such expedient economic agreements as the North America Free Trade Agreement and the Central America Free Trade Agreement, he could see their injustice coming.  He saw it through the hope of a true revolution of values.  He stated:

A true revolution of values will soon look uneasily on the glaring contrast of poverty and wealth.  With righteous indignation, it will look across the seas and see individual capitalists of the West investing huge sums of money in Asia, Africa, and South America only to take the profits out with no concern for the social betterment of the countries, and say, “This is not just.”  It will look at our alliance with the landed gentry of South America and say, “This is not just.”  The Western arrogance of feeling that it has everything to teach others and nothing to learn from them is not just.

King believed that seeking peace required working for justice throughout the developing world, a world he described as one that borders at our doors.  Seeing into the future King forewarned us of the necessity of working on these issues that would eventually create the immigration flow that we are experiencing today, prophetically stating:

If we do not act we shall surely be dragged down the long dark and shameful corridors of time reserved for those who possess power without compassion, might without morality, strength without sight.

Might we also hope that today Martin Luther King Jr. would be on the side of LGBTQ rights?    Dr. King’s perspective on justice was local and global, and utterly grounded in an understanding of God’s love, divine love that includes all and excludes none.   In his I Have a Dream speech he spoke of what he hoped for his children.  On another good day he broadened that hope to include all people saying, “I look to a day when people will not be judged by the color of their skin, but by the content of their character.”  I dare to believe that he would today be advocating for the human and civil rights of our LGBTQ brothers and sisters based on their humanity, shaped in the very hands of the One God who has created all of us just as we are.  I believe he would be exhorting us to consider the content of the character of our LGBTQ brothers and sisters rather than their sexual orientation.

We are kinfolk, all children of the mighty 3 M’s — Mahatma, Martin, and Mandela.  Martin our brother takes us by the hand and leads us forth into a revolution of values, a reordering of priorities where the pursuit of peace will take precedence over the pursuit of war, be it political, economic, or social warfare.  “We can,” we hear him say, “transform a pending world into a song of peace, and the jangling discords of our world into a beautiful symphony of brotherhood and sisterhood [of kinfolk] speeding up the day all over America and all over the world when justice will roll down like waters and righteousness like a mighty stream.……A day of peace, for justice has come.”.

Thanks be to God for the life and witness of our brother, Martin Luther King Jr.